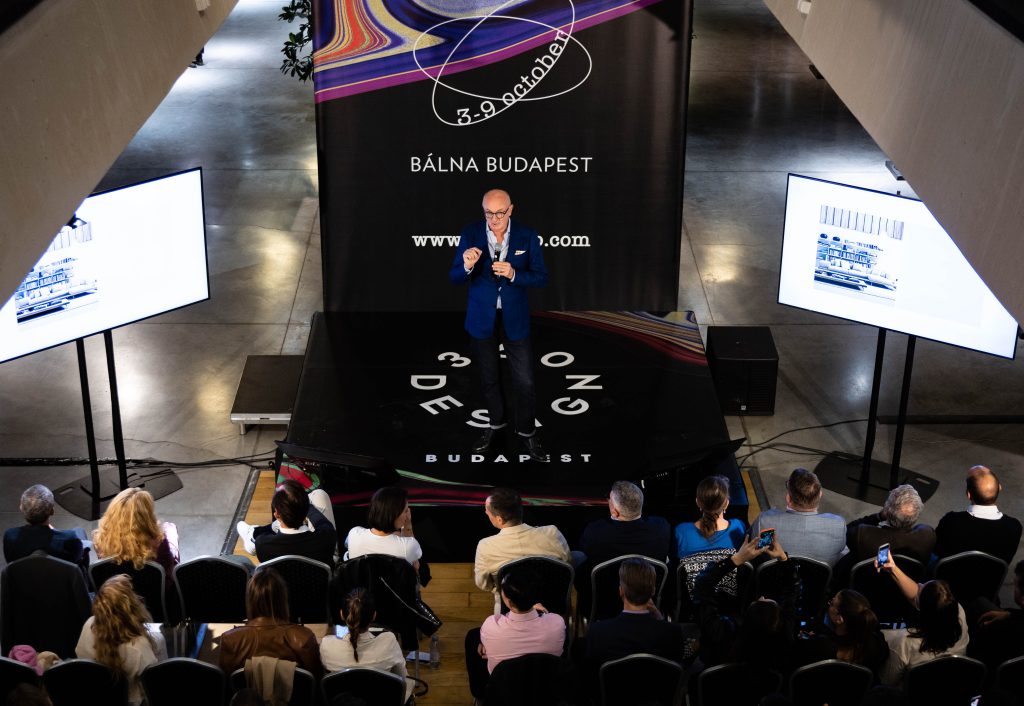 The Hungarian Fashion & Design Agency organised the 360 Design Budapest exhibition, which was very successful in previous years as well, between the 3rd and 9th of October for the third time. Several outstanding designers of the international design scene accepted the invitation to give a keynote speech about their jobs to the listeners. Thus, Piero Lissoni, one of the exceptional architects and product designers of our age, also gave a presentation entitled 1:1 Humanist Approach about his previous and current projects.

If you are familiar with the world of design, you surely also recognise Piero Lissoni’s name. The star designer made special creations with his team for world-famous brands such as Audi, B&B Italia, and Kartell; and we can see buildings of his design in Jerusalem, New York, and Shanghai, among others – and soon in Budapest, too. On the 6th of October, the founder and leader of the Milan-based architecture firm offered a taste of these diverse projects.

The Italian architect and designer, reflecting on his presentation’s title, evoked his student years spent at the polytechnic, where he first realised that as an architect, he must also have a perspective of the connected professions. He highlighted the famous idea of Vitruvius, an Ancient Roman architect, who believed that representatives of given professions do not have to be of a certain way, but should observe the world through many different perspectives. Lissoni firmly believes that boundaries on the profession limit creative freedom, and without the humanistic approach, everything becomes overly specific.

He applies his creative beliefs in his work as well; with his team, they work on every project with a 360-degree approach. During implementation, they touch upon several areas; therefore, sometimes a design approach is needed while other times, an architect’s or engineer’s perspective is required. As a result, Lissoni believes creation is not a lonely activity, representatives of the creative profession can learn a lot from each other through collaboration. He also considers that it is important to emphasise cultural aspects. As an example, he mentioned getting acquainted with a completely new aspect of design thanks to an Indian artisan, with whom they worked on special carpets.

The architect further pointed out the importance of experimentation and openness towards new perspectives since, during design tenders, he must break away from usual solutions, technologies, and perspectives.  For the tender of the London Museum of Language, they suggested interactive crystal panel solutions in the building, which would have brought to life a kind of futuristic Babelian chaos with the help of technology.  For a New York call for ideas, they dreamed up eight bubble-like “biomes” that would house sea creatures from all around the world. They would have a sliding roof and operate as a planetarium as well.

The audience could also ask questions from the architect, who has received numerous international awards, after his presentation; they were most interested in Lissoni’s personal motivations. The professional architect believes we can find inspiration anywhere, the most important thing is to walk the world with eyes and mind open. To close his presentation, he passed on the message to those interested in creative jobs that it does not matter which country they come from, the most important is that they are good at their professions.

You can rewatch the presentation HERE on the Hungarian Fashion & Design Agency’s YouTube channel.