Trompe-l’oeil, a technique based on deceiving the eye, harks back to a long tradition in art, but its function has remained unchanged throughout the centuries: it was primarily used to demonstrate the given artist’s craftsmanship, and, to a lesser degree, to optically expand space. Dorottya Hlatki’s project was inspired by the latter use of this technique. The effect the visual reception of space exerts on viewers was at the focus of her interest prior to this project, but this theme was enriched with new aspects during her own personal and the collective experience of the lockdown in 2020. She set herself the objective of designing a wallpaper system that would have a decorative function, while expressly targeting people’s subconscious and adding new content to the genre of the trompe-l’oeil.

Invisible Cities is a light installation that can be used both outdoors and indoors, which, in addition to the mood lighting function, also has an optical space demarcation function. The architectural basic shapes and basic elements (arch, window, gate, column) displayed with delicate light drawing appear as visual elements in open and closed spaces, which are able to rewrite the character of the given visual environment without traditional architectural interventions – as a kind of visual signal. 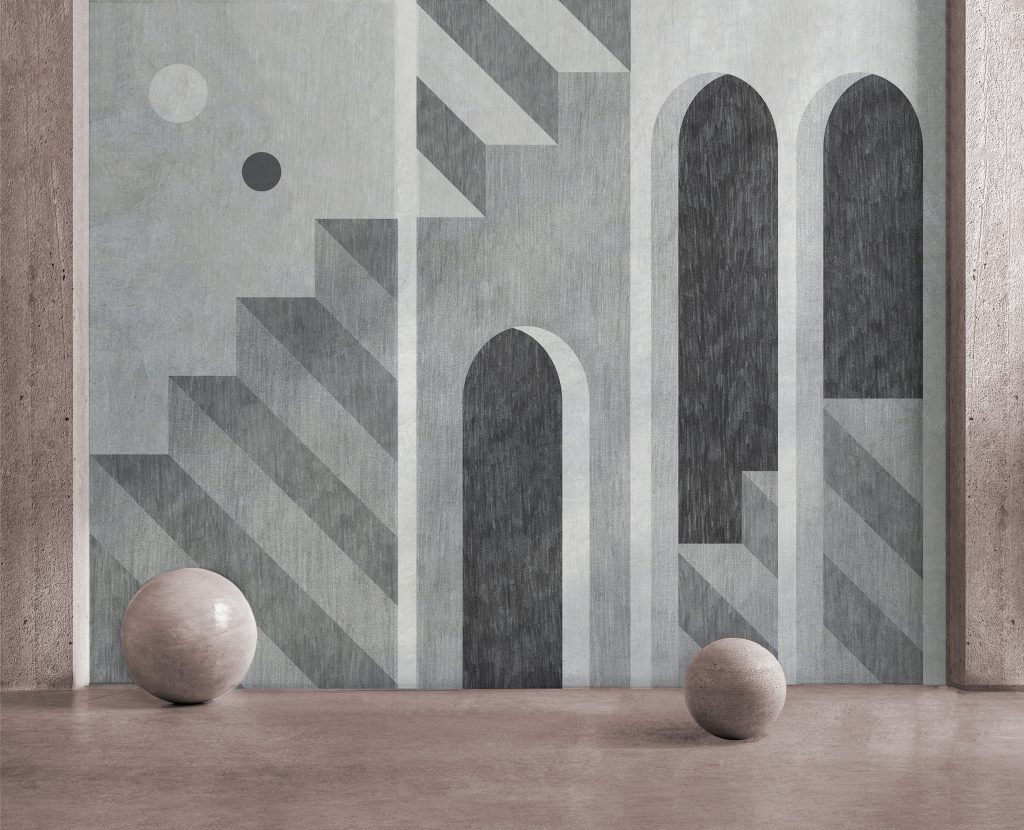 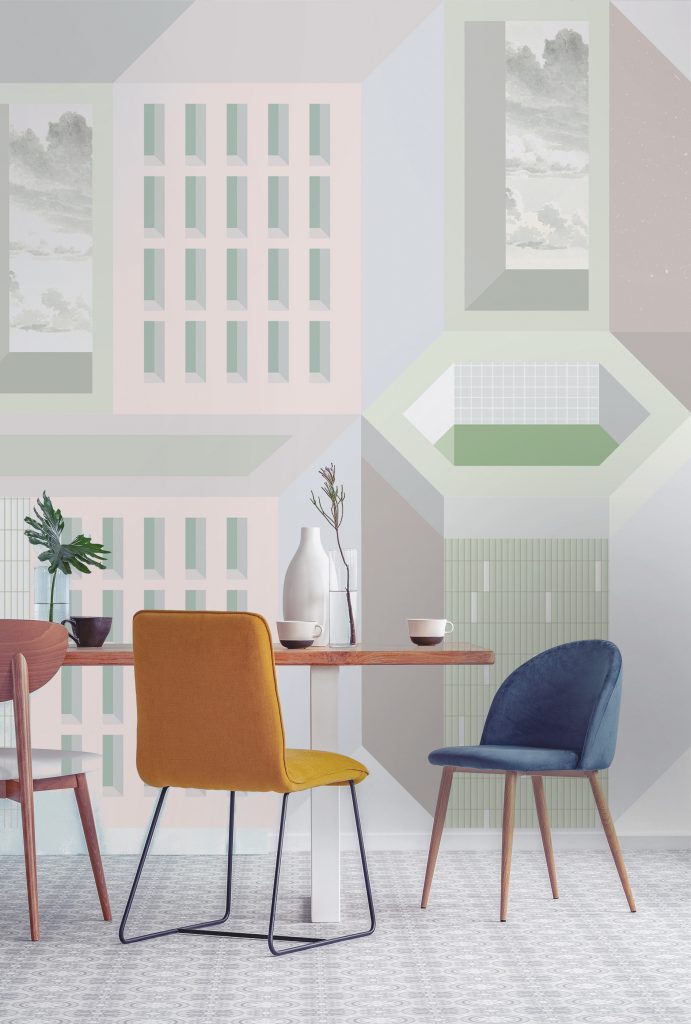 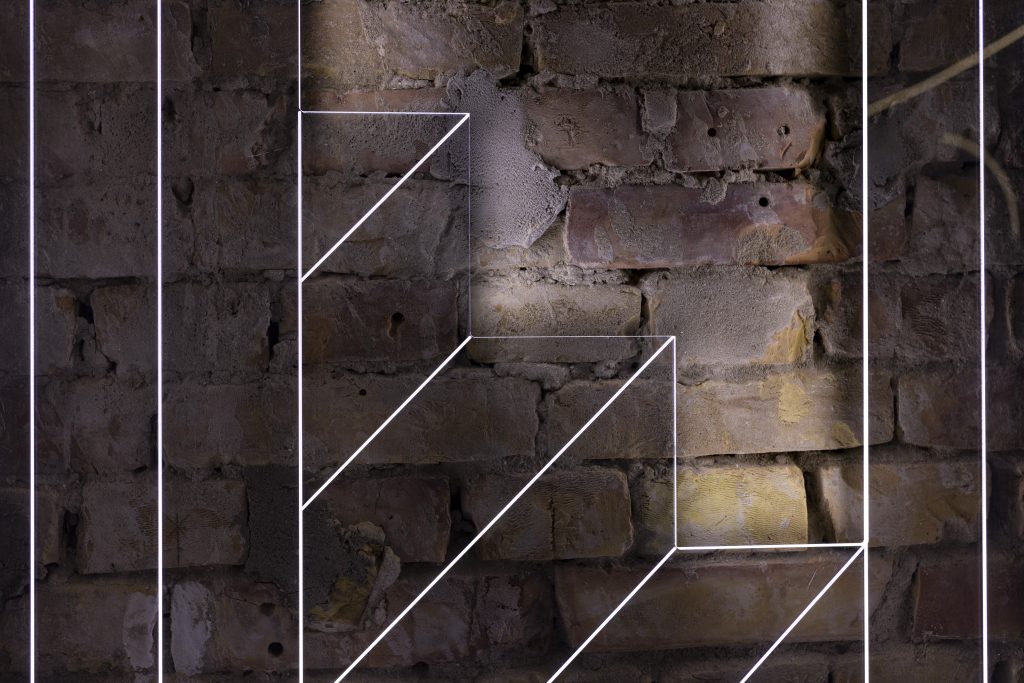 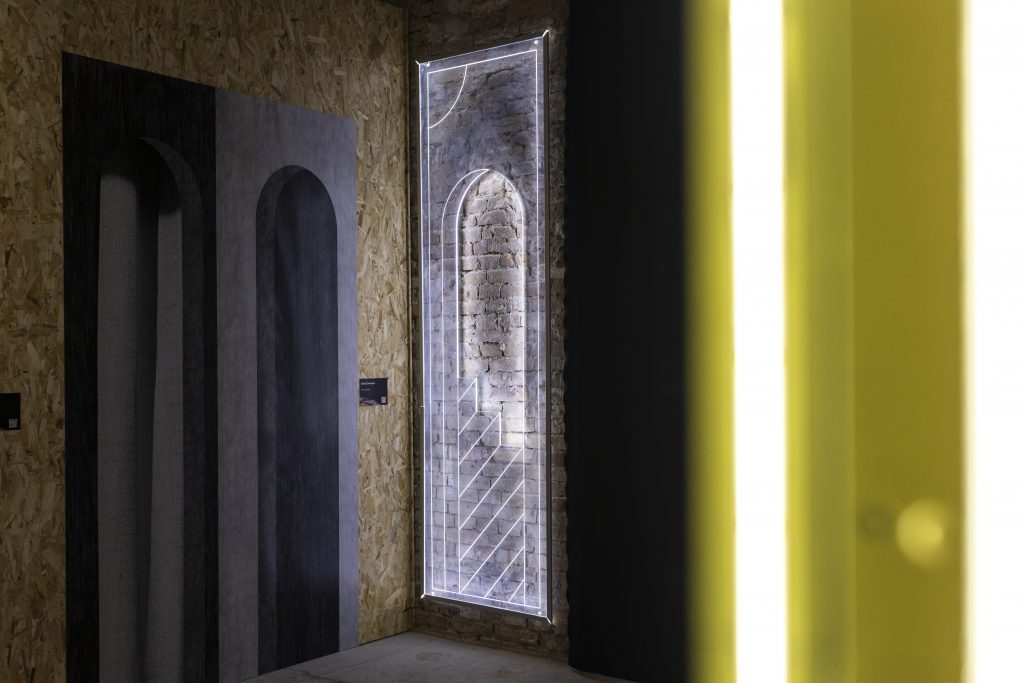